St Michael’s AFC produced a dazzling performance to make it three John Delaney Cup titles in a row against Nenagh AFC on a 4-2 score line at the Islandbawn venue last Friday evening. The home side had qualified for the final with impressive away wins to Clonmel Celtic and Clonmel Town in the quarter final and semi-final stages respectively; however a slick 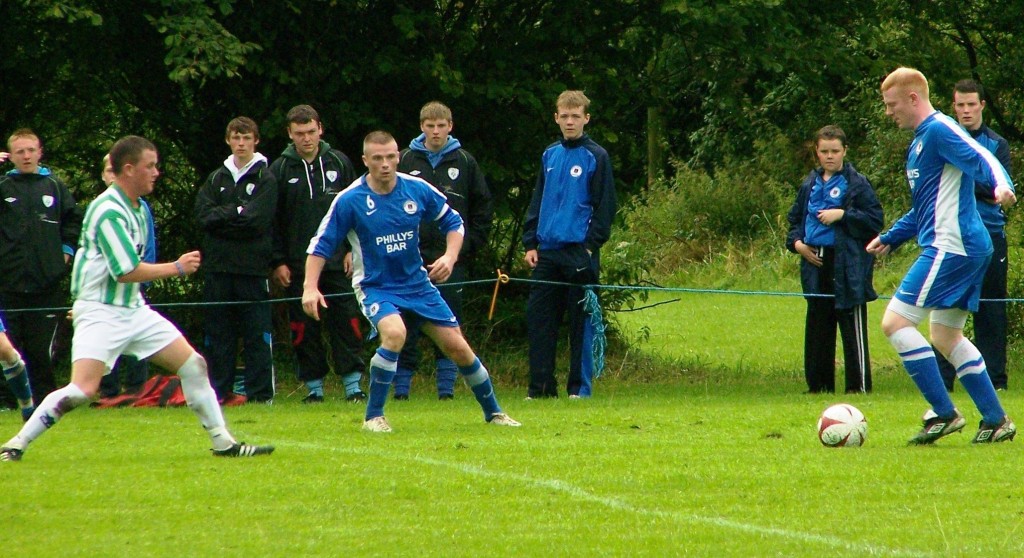 St. Michael’s outfit signalled their intent with just two minutes gone when Pat Quinn’s back flick from a Paul Tobin cross clipped the woodwork. Jimmy Carr steered a low effort on target two minutes later, however Nenagh custodian Aaron Savage parried to safety. Nenagh settled after this and hit the front on five minutes when Brian Quinn broke on the right flank before putting the ball across the danger area where James Walsh bundled to his own net under pressure from Arthur Mitchell. The lead only lasted five minutes as the TSDL side were back level when Tommy Heffernan picked out Pat Quinn on the edge of six yard box who had plenty of time to rifle to the back of the net. Nenagh AFC created their fair of chances throughout, Michael O’Gorman and Arthur Mitchell combined with the effort from the latter blocked out for a corner kick and then left full John Mitchell got forward to pop just wide with a fine effort. Jimmy Carr’s darting runs from midfield were causing problems for the Brickfields side and it took a last ditch tackle from Mark McKenna in the 18th minute to break up the attack. The Tipperary Town side went ahead in the 24th minute when a move through the centre saw Alan Hayes lay off to Pat Quinn in front of goal who made no mistake with a well struck finish. Brian Quinn was a threat for Nenagh on the right and troubled the visiting rearguard again on 32 minutes before squaring a menacing ball across the goalmouth; however the chance went a begging. Nenagh AFC had claims for a penalty waved on seconds later after Thomas Sheppard appeared to be fouled inside the area, referee John Hadnett flashed a yellow card to restore order following protestations from the home side. The last action of the half saw Pat Quinn’s shot saved by Aaron Savage. The second half was only three minutes old when danger man Pat Quinn paced through on goal only to be taken down inside the box; however play was allowed to continue much to the consternation of the St Michael’s camp. St Michael’s were showing the greater flair and Jimmy Carr threatened again on 53 minutes after firing left of the upright. Nenagh were still in the game though 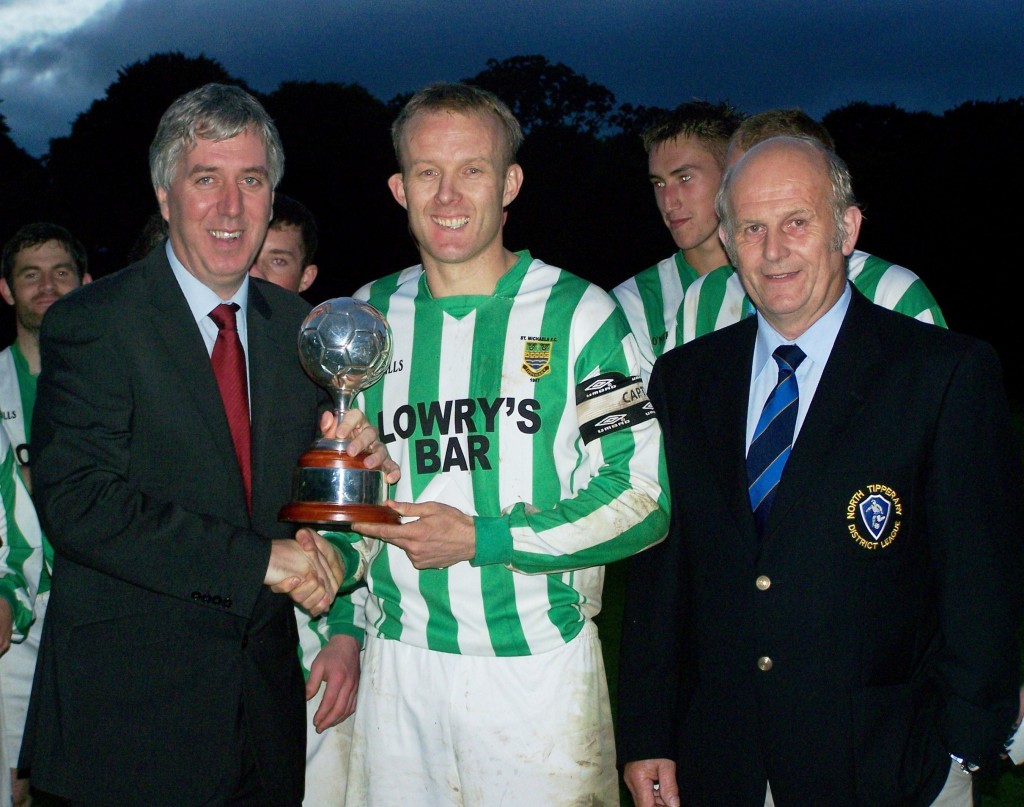 and a Thomas Sheppard speculative effort was blocked under the crossbar. Pat Quinn came close with a spectacular bicycle kick effort on 59 minutes which flew over the crossbar. Junior International James Walsh got forward to head over the Nenagh cross bar from a Paul Tobin cross and then the St Michael’s centre half was in the action at the other end three minutes later after impeding Brian Quinn inside the box, goal keeper Aaron Savage came forward to blast the resulting penalty to the back of net with twenty two minutes remaining on the clock. Nenagh AFC failed to build on this equaliser and St Michaels who always had an extra gear in reserve were back in front within three minutes when Chris Higgins raced down the left before releasing Alan Hayes who drove inside the upright from close range. Man of the match Pat Quinn threatened again on 74 minutes, however Aaron Savage gathered. The NT&DL side kept plugging and Thomas Sheppard stretched to prod a dropping ball on target eleven minutes from time, however net minder Derek Breen was positioned to make the save. St Michael’s left no way back for the home side ten minutes from time when Pat Quinn completed his hat-trick with a headed effort at the back post from an Alan Hayes cross out on the left. Nenagh didn’t throw in the towel and weren’t far away with efforts from Michael O’Gorman and Paddy Mitchell, however the TSDL Premier League winners were champions elect at that stage and ran out comfortable winners in the end to complete the treble in comprehensive fashion. Nenagh AFC will be disappointed with the outcome on this occasion but can look forward with optimism to the season ahead, while on the other hand St Michael’s were worthy winners and will be go on to build on this success. John Delaney was in attendance to present the Cup to St Michael’s AFC Captain James Walsh after the game. 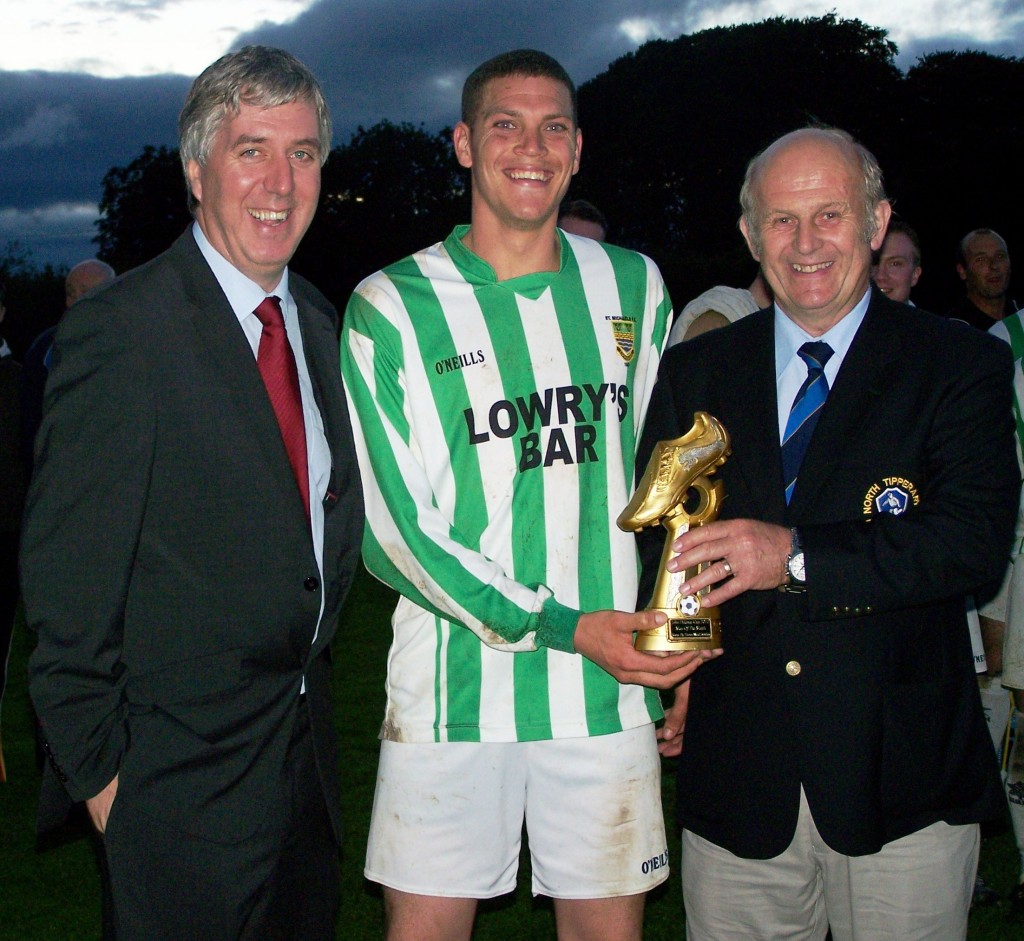 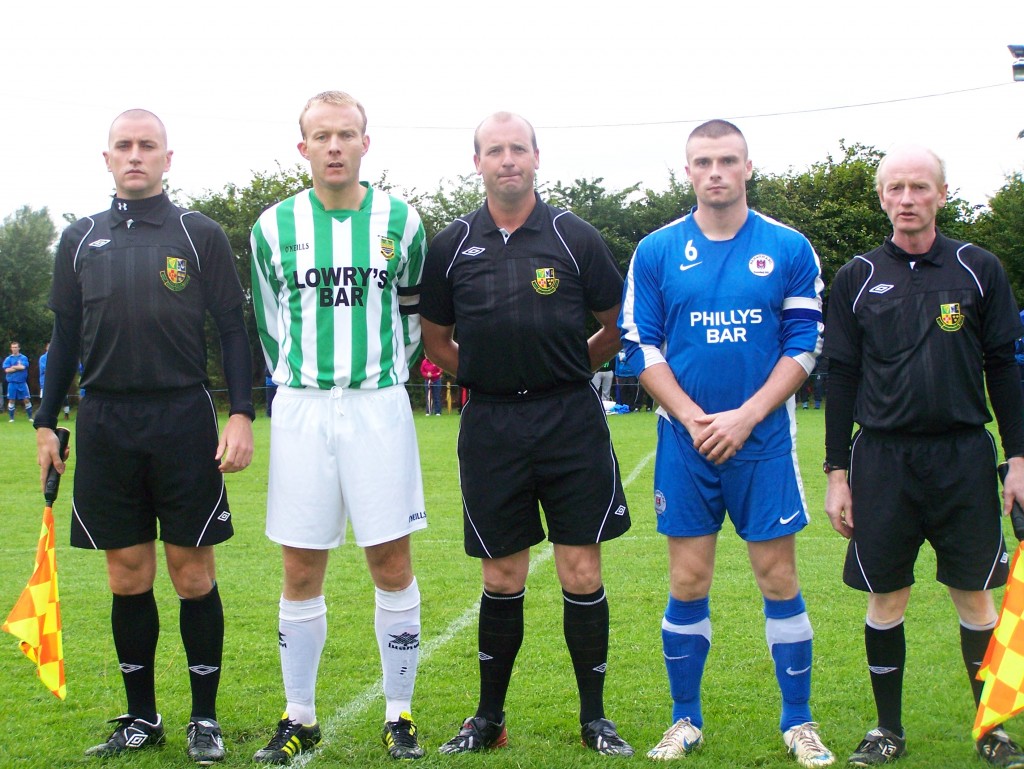 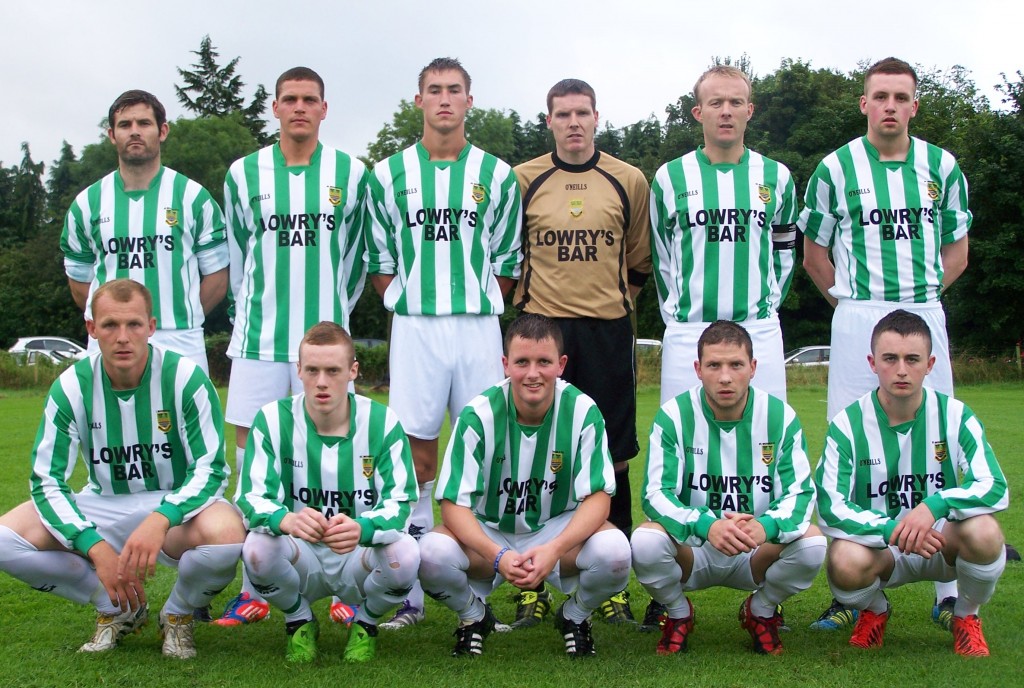 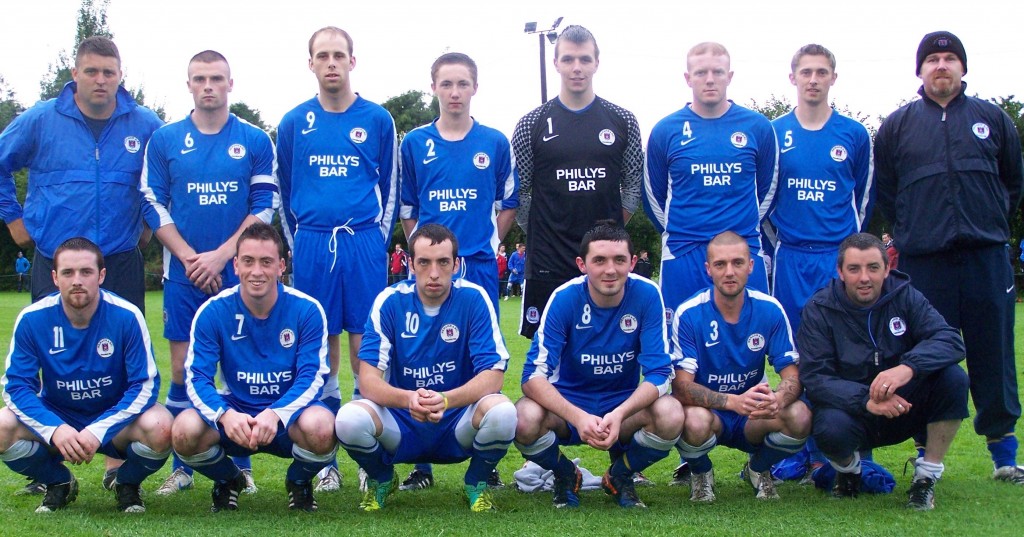