Streamstown Celtic came through an intriguing penalty shootout against Nenagh AFC ‘C’ in Ballinree last Saturday evening to clinch a thrilling Second Division Cup title, the Roscrea side held a 2-1 advantage after the first three spot kicks of the shootout were 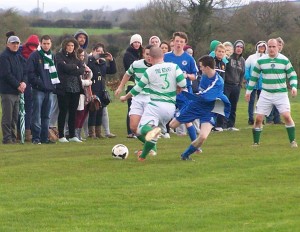 converted before the next seven were saved in succession with a display of superb goalkeeping from both custodians. A tight opening period saw Streamstown come close early on when Brian Kirwan tried to latch on to a through ball but failed to make contact. Both net-minders turned in competent displays of all round goalkeeping throughout and Streamstown custodian Jason Ryan made a clean catch from a Dean Morrissey free kick on nine minutes while seconds later Gerry Treacy gathered from a Gary Kenneally free kick. The Brickfields outfit pressed and fouls on Michael Duff and Brian Quinn yielded free kicks outside the area, however the deadlock remained. Streamstown captain Diarmuid Loughnane played a leading role throughout and was instrumental in thwarting several Nenagh attacks and came to the rescue for his side with a well time tackle on 21 minutes. A deft touch from Paul Doyle midway through the half released Craig Phelan who blazed over the Nenagh crossbar with a good effort and then the Streamstown custodian grasped Philly Shannon’s delivery from a free kick out of the air on the half hour mark to quell the danger. Indeed, Gary Kenneally’s left footed free kicks were trademarked throughout and Gerry Treacy in the Nenagh goals had to be sharp to save twelve minutes before break. The Blues should have opened their account in the 38th minute when Michael Duff did well on the left to get behind the Streamstown rearguard, however the low whizzing shot was inches outside the upright and then Michael Duff was in the action again on the stroke of half time with a lofted effort which dragged across the face of the goal. It was helter- 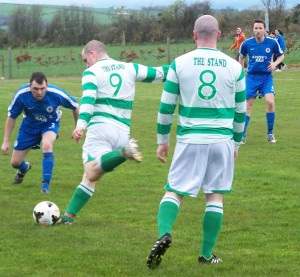 skelter again after the resumption and Brian Quinn’s speculative drive from distance wasn’t far away with Jason Ryan off his line. Craig Phelan had a fine outing for Streamstown and swung in a pinpoint cross on 62 minutes which was headed over by Brian Kirwan from the edge of the six yard box. Dean Morrissey’s free kick broke to Paddy McInerney on the edge of the box minutes later, however Diarmuid Loughnane shut out the danger for the Celts. Chances were being created at both ends with opposing number ones in commanding form to deal with anything that came their way and it was going to take something special to break the deadlock as the opener came in the 67th minute when Gary Kenneally’s smashing left footed free kick from just 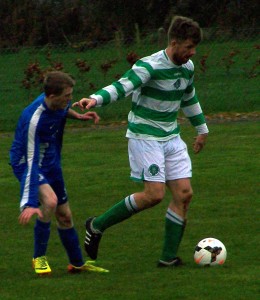 outside the box rifled to the corner of the net giving Gerry Treacy no chance. The lead was short lived however as Nenagh AFC were back level two minutes later when Paddy McInerney fired an unstoppable shot to the roof of the net from just inside the area, although Streamstown had squandered possession too easily on this occasion. The Brickfields Club survived a goalmouth scramble with six minutes to play as Gerry Treacy got a vital touch to keep the ball out. It was end to end in the remaining minutes and claims for a handball inside the area from the Roscrea camp went unheard in the dying seconds of normal time. Extra time failed to produce a winner as both sides sat back and adopted a more cautious approach with tiring legs also a factor. A nail biting penalty shootout saw Brian Kirwan and Gary Kenneally convert with aplomb while the Nenagh AFC reply came with a cracking effort from Brian Quinn, however shot-stoppers Jason Ryan and Gerry Treacy stepped in to the limelight after this saving the next seven penalties on the trot with the best kept till last when Streamstown’s Jason Ryan produced a superb right handed dive to somehow turn Benny McMahons spot kick outside the post to trigger scenes of unbridled celebrations for Streamstown players and supporters. Nenagh AFC were somewhat unlucky on the evening, however Streamstown Celtic were full value for a momentous victory to cap off a memorable season with a League and Cup double, NT&DL Chairman Mike Young presented the Nora Kennedy Cup to Streamstown Captain Diarmuid Loughnane before the merriments began in earnest. 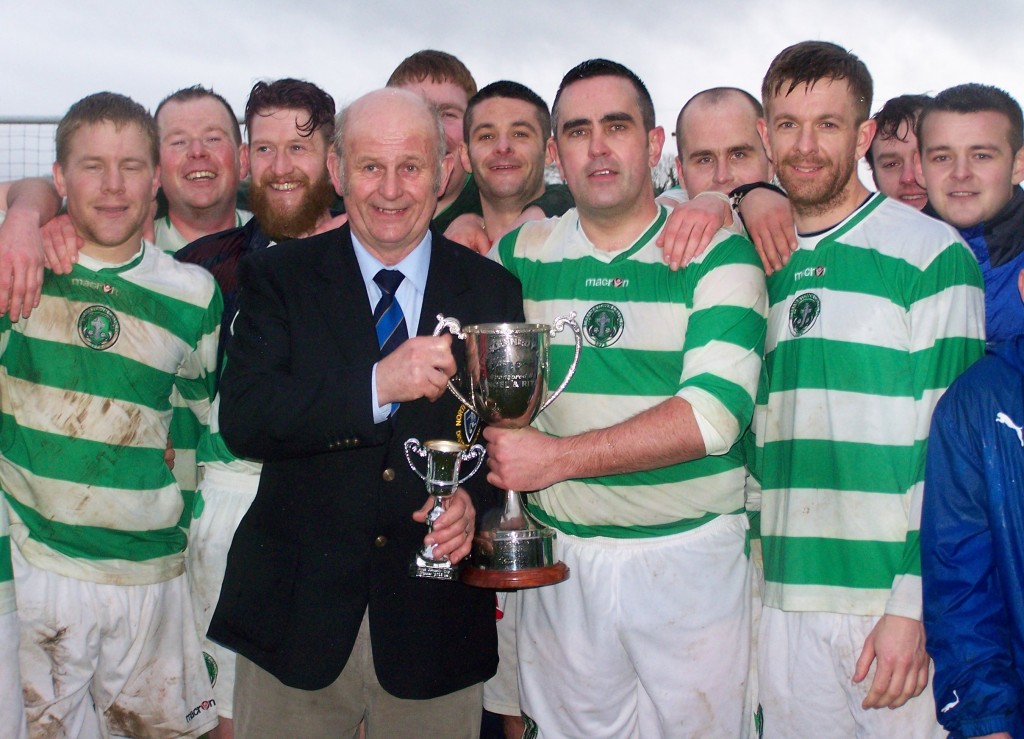 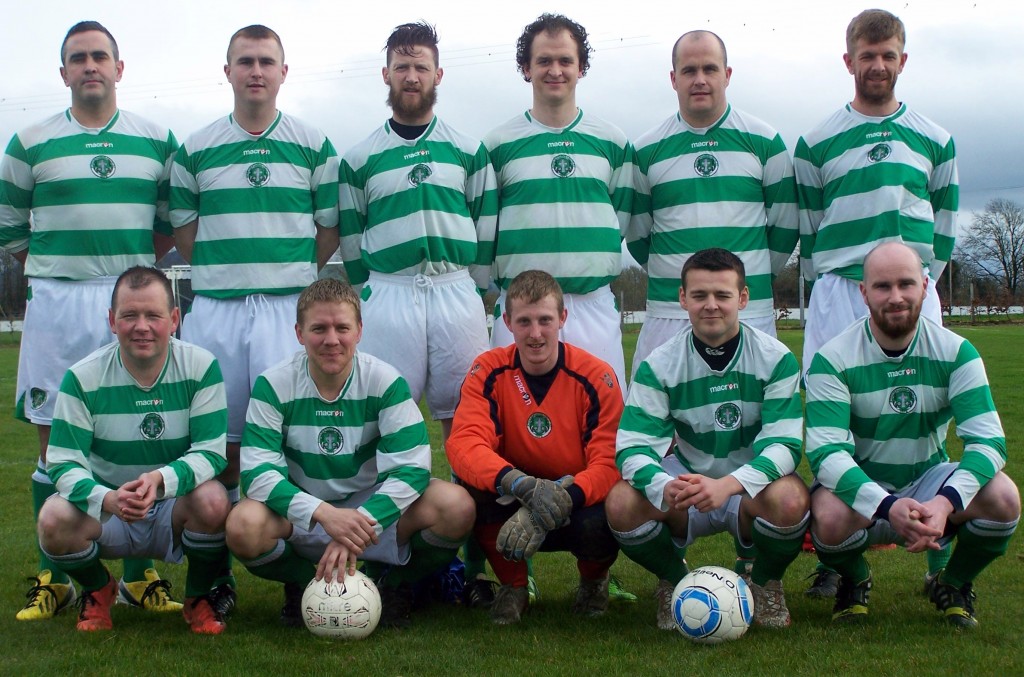 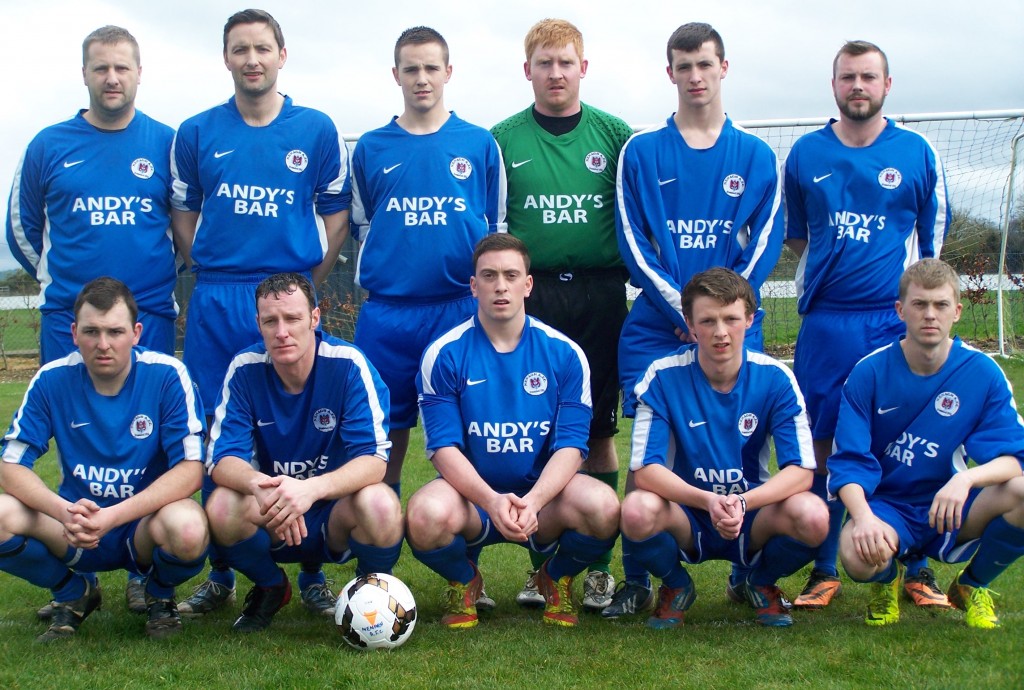 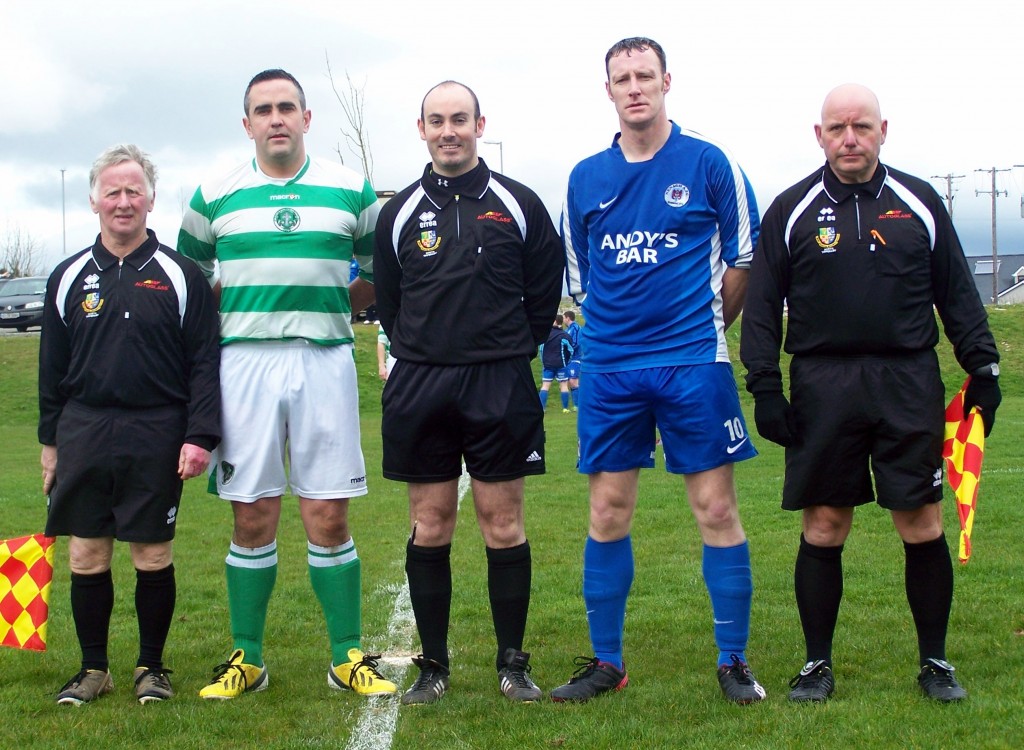 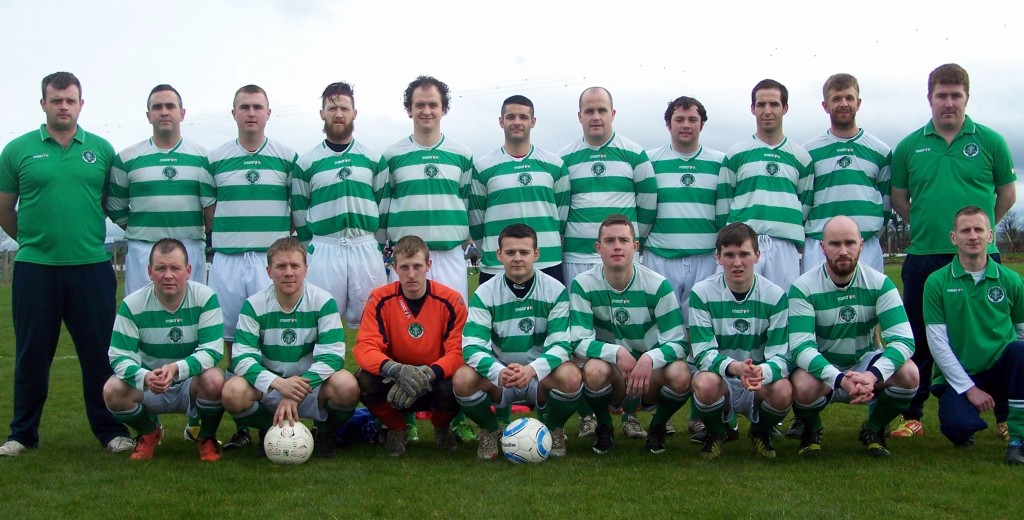